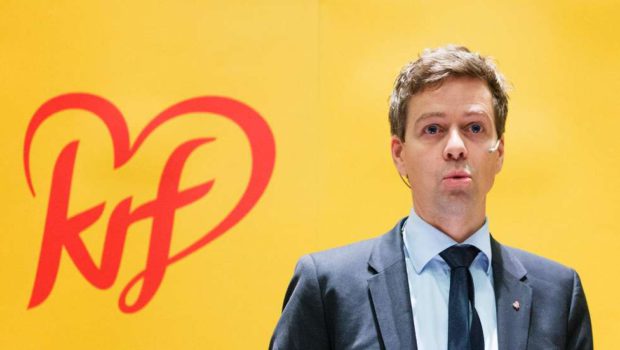 Since 2016 summer uprising overwhelmingly supported by the masses till the 2017 current wave of freedom supported by the students in Kashmir Valley, Kashmiri Scandinavian Council (KSC), Norway, has doubled its activities and mainly focusing on the lobbying in the parliament. Last year, we held two major demonstrations in front of Parliament building wherein a large number of participants were local Norwegian citizens who showed solidarity with the embattled people of Kashmir. The event got massive media coverage and became a discussion point in the Oslo’s power corridor.

This year, KSC worked hard to persuade the Norwegian parliamentarians to table an interpolation in the parliament and human rights violations to be highlighted besidesurging India to resume dialogue with Pakistan aimed to resolve Kashmir conflict once and for all.
Therefore, Kashmiri Scandinavian Council(KSC) held several meetings with Mr. Knut Ariled Hareide, a member of parliament and the current Chairman of the Christian Democratic Party in this regard. Mr. Knut longtime supporter of Kashmir cause in and outside the Parliament. Consequently, tireless struggle of Kashmiri Scandinavian Council crossed another milestone when Mr. Knut Ariled Hareide tabled an interpolation in the Norwegian parliament on 25 April 2017.

Knut Arild Hareide termed Kashmir a serious, unresolved conflict which makes the area highly militarized, creating the risk of war between two nuclear powers of India and Pakistan that hampers the solution to other conflicts in the region and inflict violence, besides posing a serious threat to international security.

Knut Arild Hareide raised several pertinent questions in his interpolation such as he asked Norwegian Foreign Minister “What strategies Foreign Minister considers are suitable, and what initiatives will the Foreign Minister take to bring the parties (India-Pakistan) into a process that could accelerate a peaceful solution to the conflict?” He suggested that the international community must engage more actively to find a solution to the Kashmir issue. Norway can – preferably in cooperation with the Europe Union, the United States and other countries – examine whether the UN or other international forums can take initiatives to reduce violence and conflict levels, strengthen human rights situation, improve and pave the way for a peace process in Kashmir, he maintained.

The Norwegian Foreign Minister Mr. Børge Brende is scheduled to make a policy statement on Kashmir in the parliament on 23 rd May 2017. I am working with other colleagues to convince other European Parliamentarians to follow the suite and table the similar resolution as human rights and the right to self-determination is the core value of the western civilization.

It`s worth mentioning that the Norwegian Parliament had several times urged India and Pakistan to find a peaceful solution to the Kashmir issue and resume negotiation process leading to the lasting solution to this conflict.
The full text of the initial interpolation is below for your consideration:

Interpolation from Knut Arild Hareide (Chr) to the Foreign Minister interpolation no. 35 (2016-2017). Dated: 25.04.2017
Questions:
Knut Arild Hareide (Chr): Kashmir conflict has since 1947 been a serious, unresolved conflict. It makes the area highly militarized, creating the risk of war between nuclear powers India and Pakistan, hampers the solution to other conflicts in the region and inflict population an everyday marked by unnecessary violence, suffering and lost opportunities for development. Kashmir conflict is a threat to international security. The international community must engage more strongly in order to find a solution. Norway can – preferably in cooperation with the EU, US and other countries – examine whether the UN or other international forums can take initiatives to reduce violence and conflict levels, strengthen human rights situation, improve the economic and social development and pave the way for a peace process.

What strategies considers foreign minister as the most suitable, and what initiatives will the Foreign Minister take to bring the parties into a process that could accelerate a peaceful solution to the conflict? 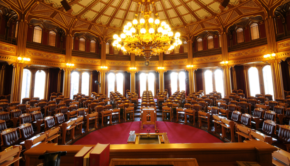