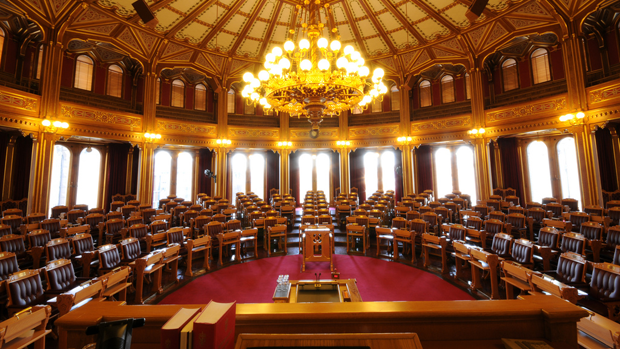 Knut Arild Hareide highlighted the importance of Kashmir and conflict resolution between India and Pakistan in his speech at the Norwegian Parliament.

“The Kashmir conflict between India and Pakistan has once again flared up with the danger of another war between two countries with nuclear weapons. Conflict resolution and nuclear disarmament are highly crucial,” Mr. Knut stated while addressing the Norwegian parliament at it’s 161st opening session.

Mr. Hareide is the chairman of the Christian Democratic Party of Norway and also a member of Parliament’s foreign relations committee. The Norwegian Parliament’s sub committee on Kashmir has been actively monitoring the situation since its formation 16 years ago. The members of the body come from several parties represented in the country’s legislature. Like his predecessors, Knut Arild Hareide not only heads the foreign relations committee of the parliament but also the sub committee on Kashmir.

Mr. Hareide told the parliament that the enormity of global crises presses the importance of Norwegian efforts to promote peace and reconciliation, work for climate, an active policy for poverty reduction and international justice more than ever before.

Read his full speech at the official website of the norwegian parliment.